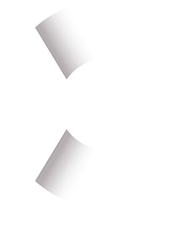 In order to achieve its goals and to have the highest exposure, needed to promote the project and to disseminate the results, the CLEVER project will link with two important regional educational networks: MEFANET and RoEduNet.

In order to achieve its goals and to have the highest exposure, needed to promote the project and to disseminate the results, the CLEVER project will link with two important regional educational networks: MEFANET and RoEduNet.

These networks are associated with the partner institutions strongly.

MEFANET (MEdical FAculties NETwork) has evolved from its local beginnings in the years of 2006 and 2007 directly to an international network.

Today, all of eleven medical faculties in the Czechia and Slovakia are included in the network. Recently, further four faculties – focused on healthcare and biomedical sciences – have also entered MEFANET.

Nowadays, the network organizes its own annual conference, publishes a scientific journal and collaborates with other bodies throughout Europe.

The cooperation in the network is contractually guaranteed – the establishing cooperation agreement was signed by all the deans of the medical faculties in 2009.

For the CLEVER project, MEFANET will provide:

RoEduNet is a Romanian educational and research network NREN, member of the European research and education network GÉANT. The network is under the administration of the Administration Agency of the National Network for Education and Informatics Research, AARNIEC. RoEduNet has the unique infrastructure that connects all universities and many high schools from Romania.

For the CLEVER project, RoEduNet represents a suitable communication infrastructure in the Romanian academic environment, enabling:

For CLEVER project, RoEduNet represents the best communication infrastructure and services in Romanian academic environment such as:

CLEVER to all similar universities from the three countries and, also, to other European universities.

Both MEFANET and RoEduNet networks will be used by CLEVER as forums for dissemination of the project results on the regional and European level.

The know-how of MU and UPJS in the field of creating and managing the VPCs will be used during the process of making new VPCs that will be developed and used by all three partners during their teaching and assessment activities.